In much of the world, winter weather is upon us, and that can spell trouble for advanced vehicle sensors. Sensors that rely heavily on optical technologies are particularly susceptible to the impact of poor weather conditions, and it is easy to understand why: the challenges are the same for human drivers relying on vision. Whether the “sensor” is human or technological, when the primary sensor input is light and the primary mechanism is vision, everything that impacts the absorption of the visible light spectrum also impacts accuracy, quality and, ultimately, safety.

Unlike optical sensors, radar-based sensors rely on radio waves for input, making them more stable and reliable when weather and lighting conditions are compromised. Arbe’s Perception Imaging Radar builds on that advantage with ultra-high resolution to ensure uncompromised safety.

Inclement weather – be it rain and fog on the highway, or dust, smoke, and waterclouds with stone dust in construction sites – can all cause autonomous vehicle sensors to lose signal to lose sensitivity and degrade accuracy and overall sensitivity, but affect different sensors differently. For example, poor visibility conditions reduce camera range significantly – think as much as 150m down to 20m – rendering it effectively unusable. Human drivers would be seriously challenged in those conditions as well! By contrast, radar-based sensors are still able to function despite poor visibility. Just as there are times when a driver can’t see but their cell phone and radio still work, the longer radio waves used by radar sensors penetrate these environments better than light waves do, and enable the sensor to continue to do its job. As a result, radar sensors are significantly more reliable in inclement weather than optical sensors.

Snow and sun can also cause different, but equally dangerous, sensor difficulties. Unlike rain and fog which absorb visible light, sun and snow – both individually and in combination – can create glare. Imagine a sunny day after heavy snowfall in a typical North American suburb. The snow that blankets the lawns is bright and glistening. It can be a lovely scene, but glistening snow and strong, bright sun create an environment full of specks of light that an optical sensor mistakenly identifies as targets. These sensors are likely to react to the appearance of these targets by breaking suddenly, increasing the risk that the vehicle will be rear-ended by the car behind it. Alternately, sun glare off the snow can also saturate optical sensors – effectively blinding them – a problem that is irrelevant to radar.

Another hazard occurs when a sensor itself becomes covered in dust, mud or ice. Many sensors are able to detect a blockage and report it, and some even have wipers installed to clear off debris. Still optical sensors are quite sensitive to materials blocking their path, and may falter or fail as a result, while radar-based sensors are significantly less sensitive to this issue and are better able to maintain consistent operations.

In each of these conditions, ultra-high resolution Imaging Radar delivers value beyond the weather-related advantages of the traditional automotive radar. While automotive radar sensors are more stable in all weather conditions than optical sensors, they still may suffer from false alarms – like false targets from snow-covered ground, for example. Imaging Radar, on the other hand, resolves this problem with ultra high resolution, able to accurately sort relevant targets from irrelevant and false targets even when there is a high load.

Elevation by radar: critical for redundancy

Due to limited resolution, most automotive radars separate objects in range, azimuth, and doppler. By contrast, 4D Imaging Radar includes high resolution in elevation as well. This added dimension can be crucial in hazardous conditions and is especially critical when optical sensors falter; only ultra-high resolution imaging in elevation is powerful enough to accurately separate and identify the object, and define the height and size to know if it is something that the vehicle must avoid or a feature of the environment, like a bridge or a pothole. Even when the bridge is obscured by fog, or a pothole hidden by snow, 4D Imaging Radar is able to identify what lies ahead and guide the vehicle safely.

All of these functions are vital for L2 and higher autonomous driving, and the sensor suite must be extremely reliable in order to achieve them safely. Perception Imaging Radar provides this reliability in all weather conditions, even when the optical sensors are eliminated. 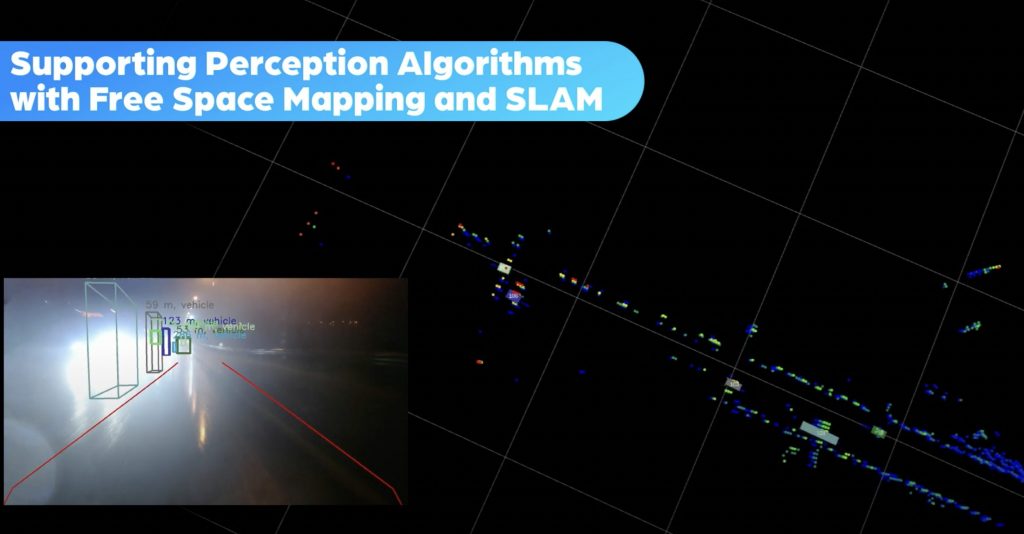 Of course, any weather challenges faced on the road are amplified for off-road vehicles and machines. Machinery in agricultural environments contend with ample mud; those in construction and open mining environments work through wind, water spray and stone dust. Not only are the conditions challenging for the vehicles, but the heavy machinery, trucks and autonomous vehicles themselves pose particular dangers to the people working around them. Thanks to the perception capabilities of the 4D Imaging Radar, these vehicles are able to operate safely in all environmental circumstances.

Winter weather creates challenges for all vehicles. It is not only the goal but the responsibility of autonomous sensors to enable driving that is safer than human drivers could ever achieve, and to continually strive to eliminate accidents entirely. With its ultra-high resolution and perception capabilities, along with the superior stability in all weather conditions, Arbe’s Perception Imaging Radar is the safest autonomous vehicle sensor by an order of magnitude for both on and off road applications.